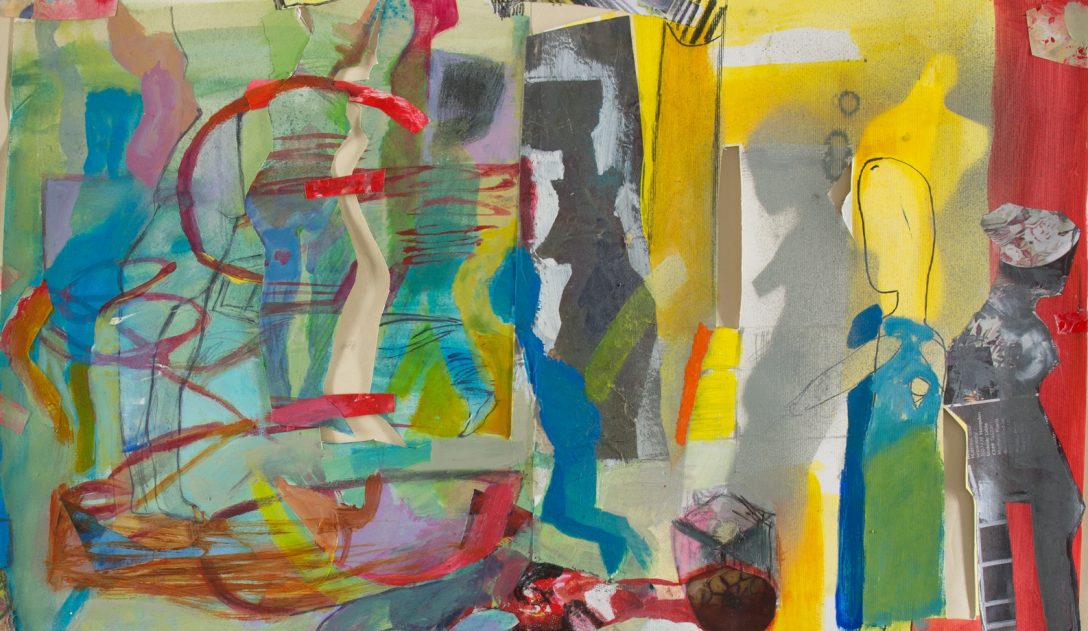 Ivilina Kouneva is a Bulgarian-born artist who is currently part of Reading’s Open Hand Open Spacestudio community. Her work is fluid and alive with colour, full of seemingly moving figures, who appear and disappear, depending on the position and angle of the observer. Three of Ivilina’s large mixed media works on canvas are shown below, and I hope illustrate this effect.

Scientifically, the words ‘observer effect’ may refer to several different phenomena, but in general refers to changes in an observed system brought about by the act of observation. I like to imagine to myself that in some way the figures in Ivilina’s works are fleeting, subject to their own form of observer effect…

…Or perhaps the act of observing them changes our perception.

“The observer, when he seems to himself to be observing a stone, is really, if physics is to be believed, observing the effects of the stone upon himself.” – Bertrand Russell